A species of the Asian Giant Hornet (AGH) (Vespa mandarinia) was reported and verified in Washington state in December 2019.  This was the first known introduction of this insect into the United States.  Currently, the AGH does not exist in Texas, however it is important for beekeepers and the public to be aware of this pest and be able to identify it.

There are several insects that currently exist in Texas that may look similar to the AGH.  Below are a few images that show the AGH and provide a size comparison, as well as an image that highlights other insects and wasp species that already exist in the United States and may be misidentified as the AGH. 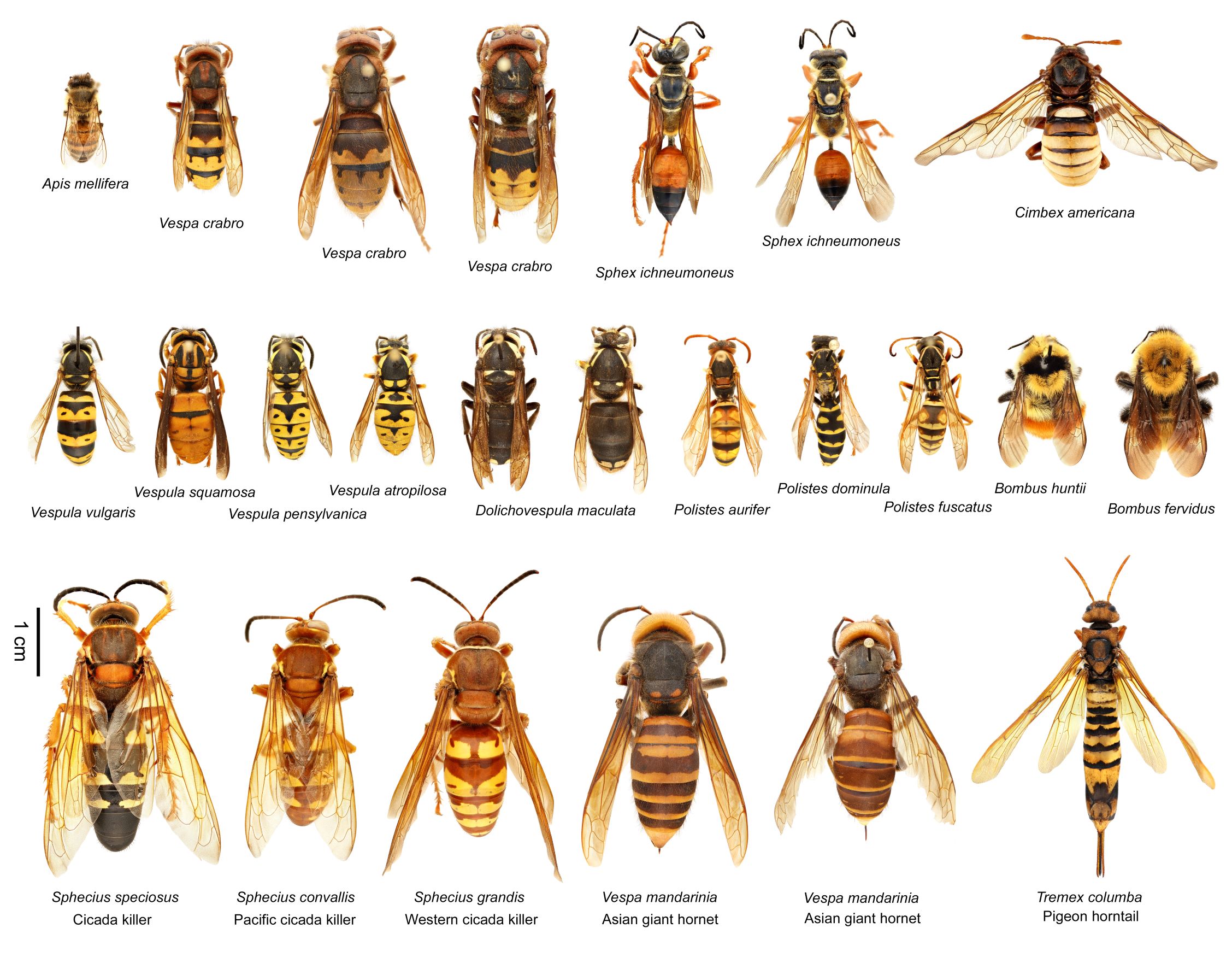 Texas A&M AgriLife Research and AgriLife Extension have developed some outreach materials that provide more information about this insect.  If you suspect that you have spotted the AGH, please submit any photos via the Department of Entomology Insect ID form or submit specimens using these collection instructions.

There are several ways a beekeeper can keep an eye out for these insects.  One way is to watch for foraging hornets, which are most active during the day from spring to autumn, depending on the climate.  These foragers will hover or “hawk” outside honey bee colonies to catch any foraging bees leaving or returning to the hive, or guard bees that are attempting to defend the colony.  If a foraging hornet catches a bee it will drop to the ground with the bee before it paralyzes and decapitates it.   The hornets may enter a honey bee colony to steal the developing brood.  If so, the hornets will attack the guard bees first before stealing from the brood nest.  Beekeepers in France have experienced losses of entire colonies due to the Asian hornet (Vespa velutina), and have noticed that these hornets typically attack hives that are already weak due to another cause.

You most likely will not see the AGH themselves, however the most distinguishing characteristic of an attack on a honey bee colony is to find a pile of dead adult bees, most of them decapitated, on the ground outside of the hive.  If you suspect that your hives have been attacked by the AGH, please contact the Texas Apiary Inspection Service immediately (979-845-9713, tais@tamu.edu).